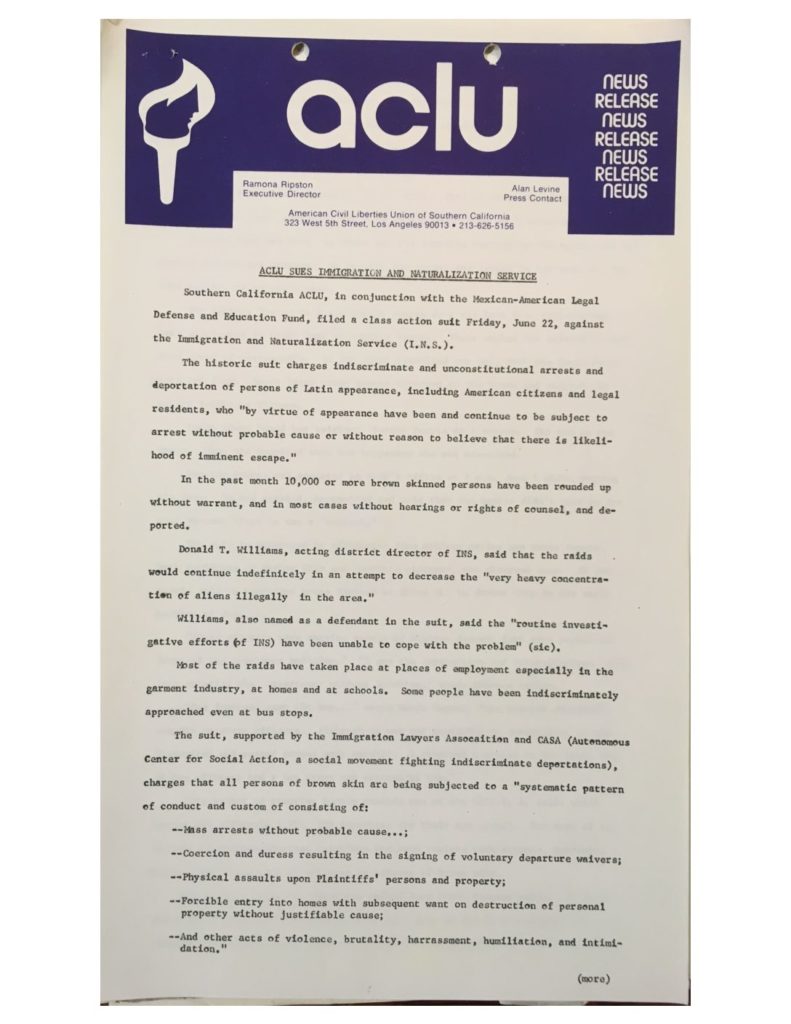 In 1972-73, the Immigration and Naturalization service carried out widespread raids on workplaces, businesses, and homes in Los Angeles. The American Civil Liberties Union (ACLU) of Southern California, in collaboration with the Center for Autonomous Social Action (CASA) and other allies in the Latinx community, filed suit to stop the raids–a case that became known as Loya v. INS. As this press release details, the ACLU charged that the INS was using “terror methods,” and targeting everyone with a “Latin appearance” including U.S. citizens. View the Document.