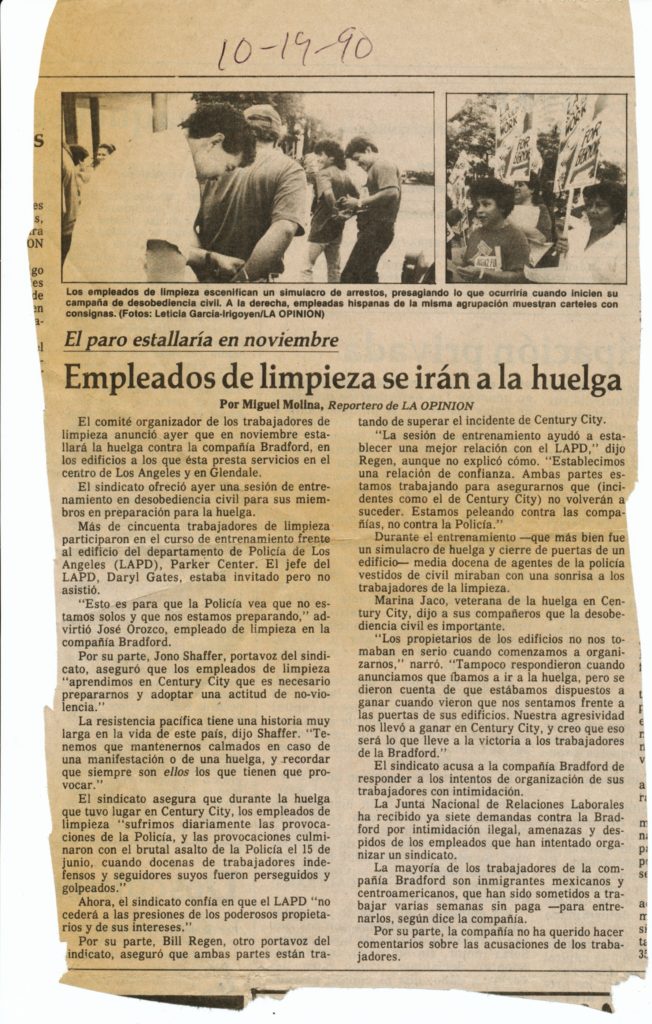 Members of the Justice for Janitors campaign hold a civil disobedience training in front of the the Los Angeles Police Department in October 1990. After the police beating of strikers in Century City in April of 1990, the demonstration emphasized the union’s nonviolent strategy. The demonstration was preparation for a strike against the building service contractor Bradford. Images show union members role playing as nonviolent demonstrators and arresting officers.