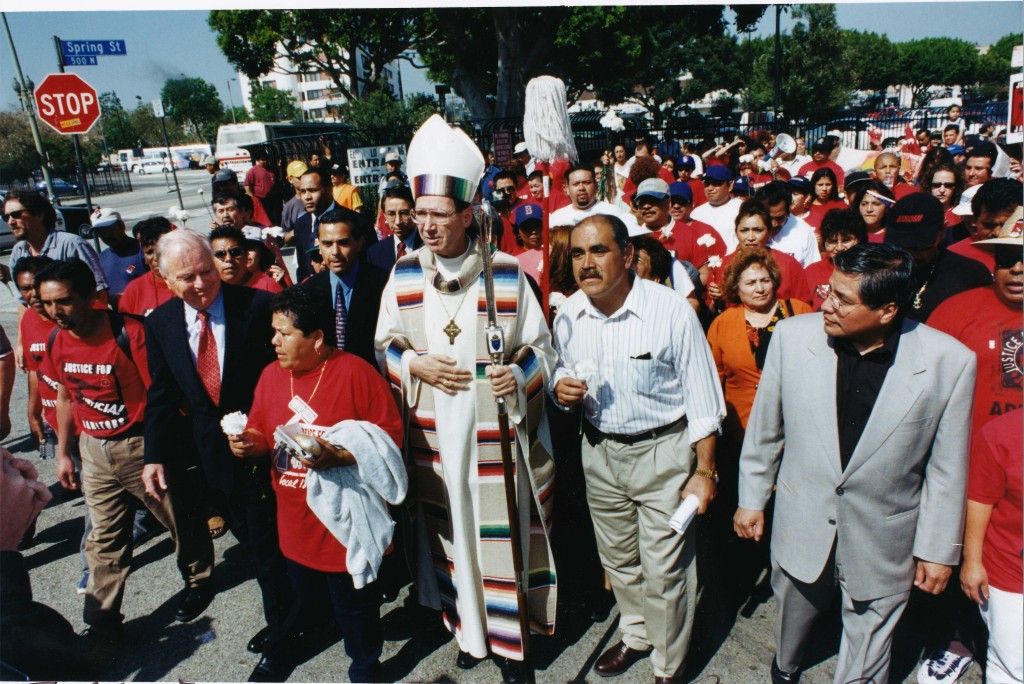 After more than a decade of continuous organizing, the Justice for Janitors campaign of SEIU Local 1877 launched a citywide strike in the spring of 2000. Thousands of janitors, a large majority of the immigrants, shut down building service work and marched loudly across the city, shutting down busy intersections and disrupting the quiet of upper class neighborhoods. The janitors’ victory became a symbol of the potential revitalization of the labor movement in concert with the drive for immigrant right. Learn more about the Justice for Janitors campaign.