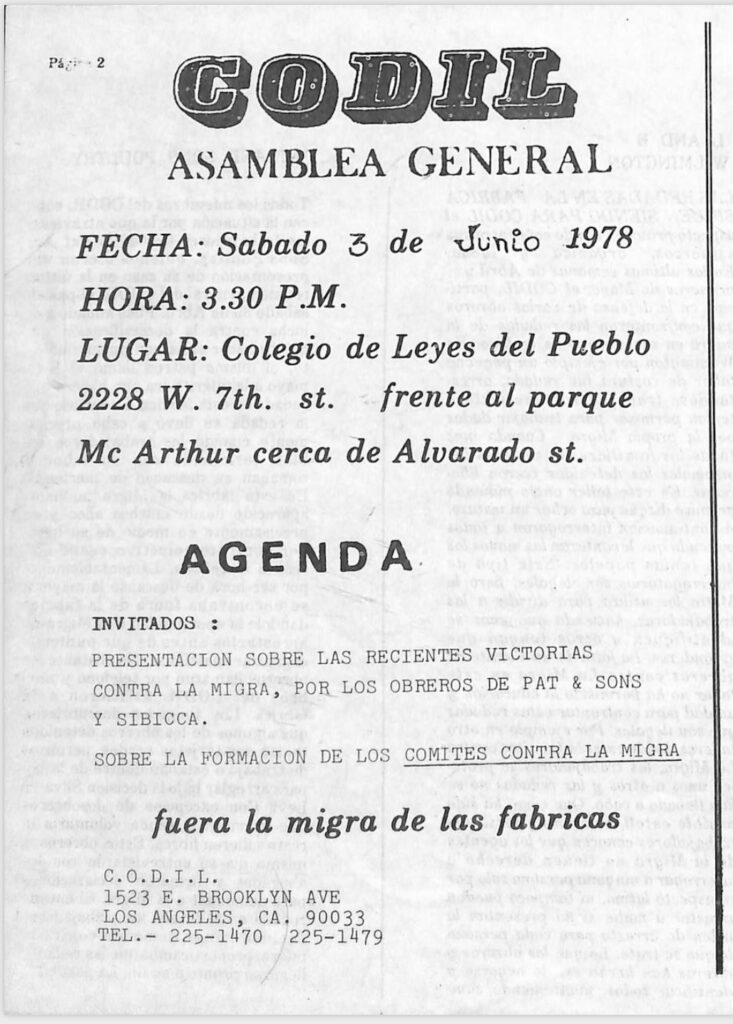 After years of fighting deportation sweeps in Los Angeles, activists associated with the Centro de Acción Social Autónimo (CASA) formed specialized committee to address workplace raids by the INS and more generally to advocate for the rights of undocumented workers. The Comité Obrero en Defensa de los Indocumentados en Lucha (CODIL, the Workers Committee in Defense of the Undocumented in Struggle) scored a big victory in 1978 when they and legal allies blocked the deportation of over 100 workers from the Sbicca shoe factory in El Monte where workers had recently attempted to unionize. Afterward, CODIL activists hoped to recruit more participants in workplace committees through a mass meeting held at the Peoples College of Law. From the papers of CASA-HGT, Box 32, Folder 4. Courtesy of the Department of Special Collections, Stanford University Libraries.