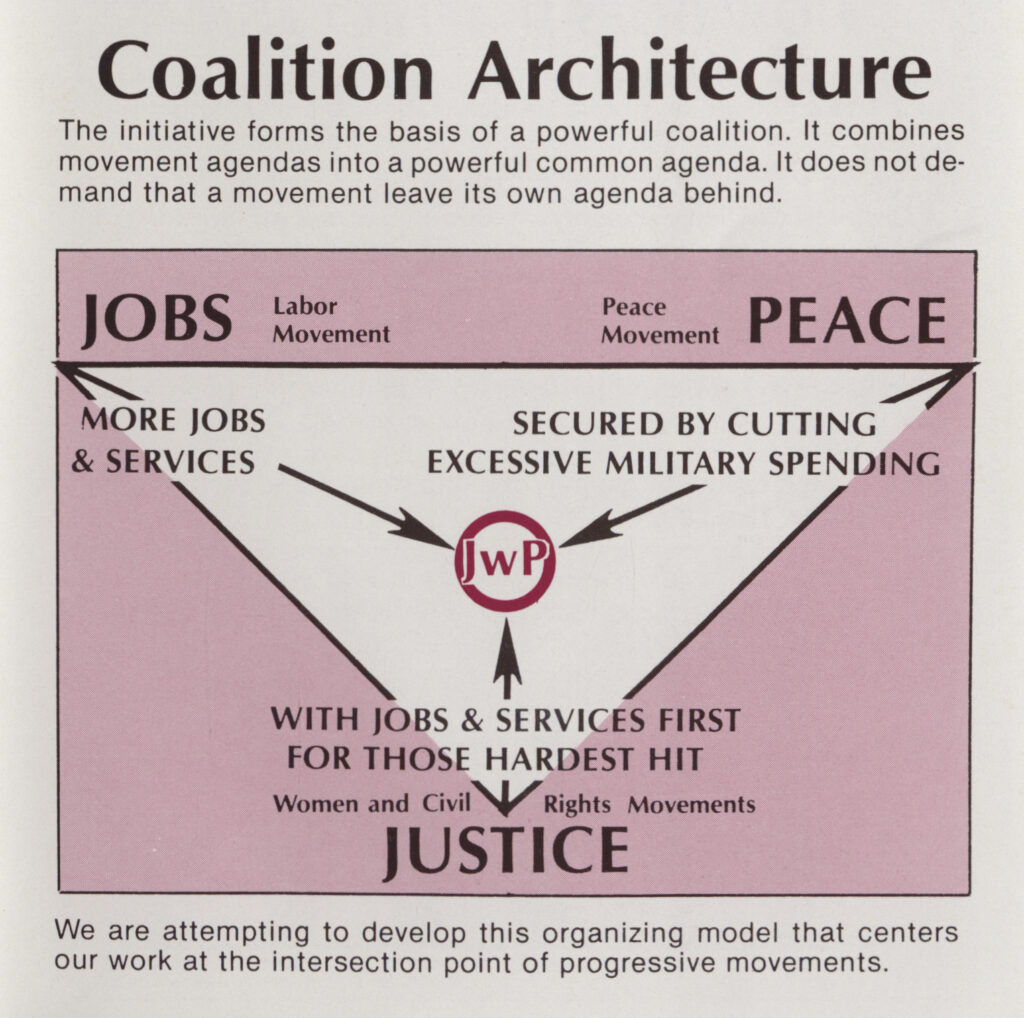 How can progressive political movements win power in a geographically expansive and multiracial urban context like Los Angeles? The answer, according to the Los Angeles Jobs with Peace campaign was “coalition architecture,” an intentional strategy to link the interests of organized labor with the peace movement, the women’s movement, and the African American civil rights movement through the shared goal of creating good jobs for all by redirecting money from military to domestic spending. In 1984 and 1986, the campaign backed citywide ballot initiatives focusing on budget priorities and built a network of supporters at the precinct level to turnout voters. As this 1986 pamphlet explains, the campaign aimed to be at “the intersection point of progressive movements,” rallying around shared goals without demanding coalition members abandon their own goals.