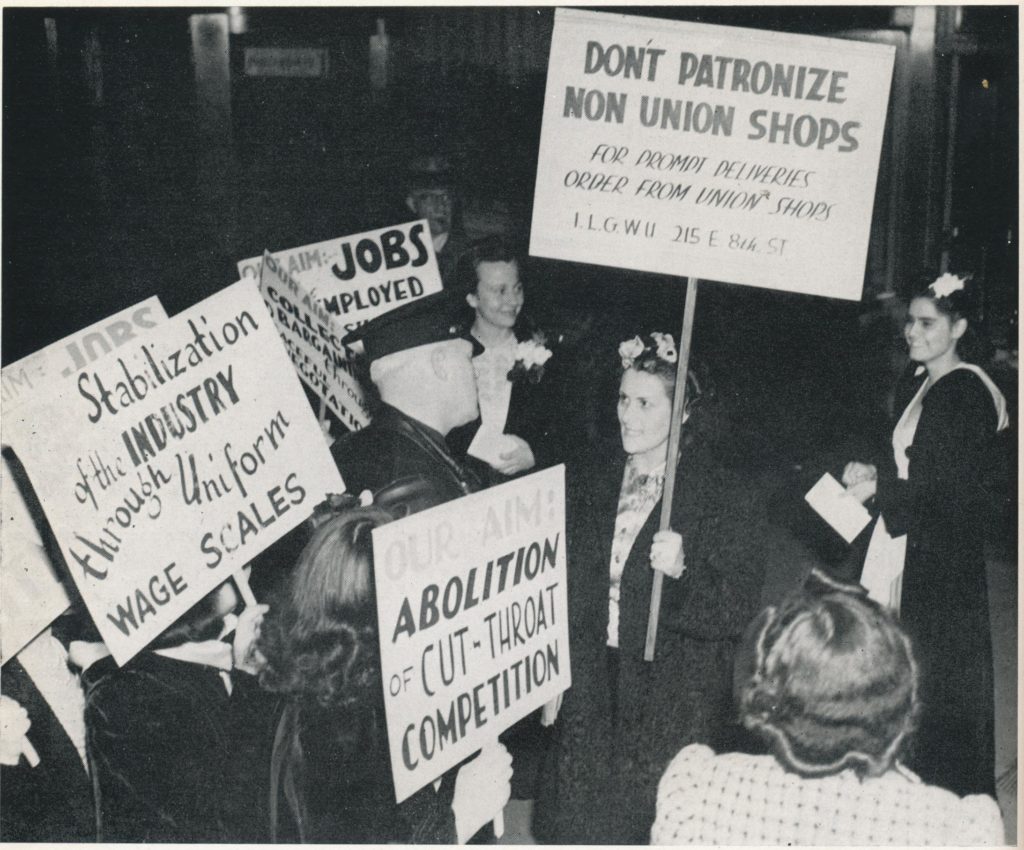 Rose Pesotta and fellow strikers confront a police officer while picketing in Los Angeles during a strike in the late 1940s. A Jewish immigrant from Ukraine, Pesotta began working in the garment industry in New York City before World War I. Along with other militant women, she helped organize the multi-ethnic, multi-lingual workforce into one of the most powerful unions in the country, the International Ladies’ Garment Workers Union (ILGWU). She first came to Los Angeles in 1932 to visit friends who had moved west, and returned in 1933 to lead a general strike of garment workers. Pesotta later was elected to the national leadership of the ILGWU, but quit in protest at the union leadership’s sexism and returned to factory work. A life-long radical, Pesotta also published two autobiographies.