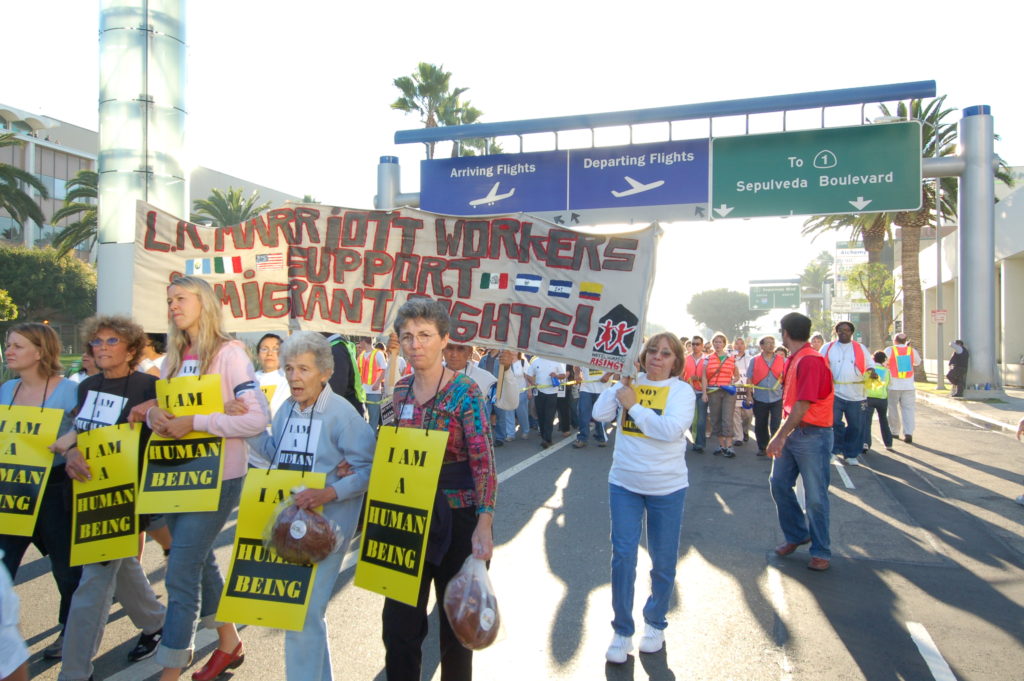 Marching east on Century Blvd. outside of Los Angeles International Airport (LAX), union supporters carry signs that read, “I am a Human Being,” and “L.A. Marriott Workers Support Migrant Rights.” Shortly afterwards, hundreds of union members and supporters sat down on the street in an massive act of civil disobedience. Coming just months after giant marches for immigrant rights, the Century Blvd. action linked the protest traditions of the African American Freedom Movement to the growing movement for the rights of immigrant workers. From the records of LAANE.