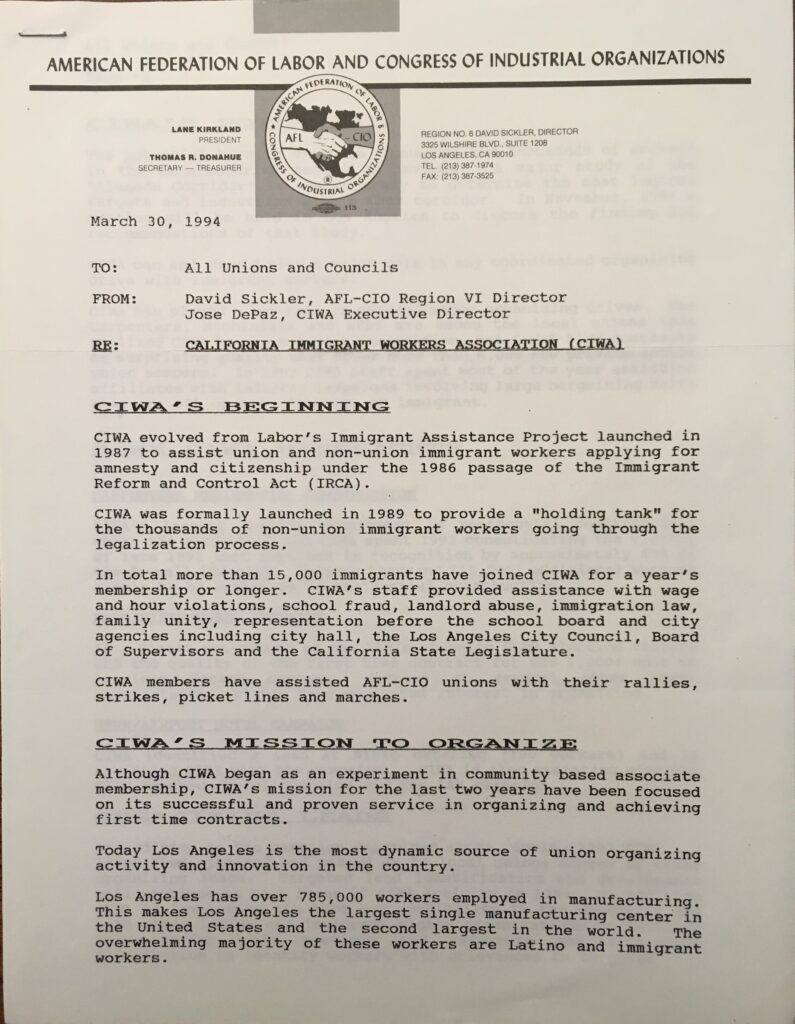 Launched in 1989, the California Immigrant Workers Association supported a number of break-through union campaigns with immigrant workers. David Sickler, regional director for the AFL-CIO, conceived of CIWA as a way to funnel support for the many organizing drives that developed in the wake of the Immigration Reform and Control Act. Many unions had been reluctant to organize heavily immigrant workplaces. CIWA provided legal and organizing aid to immigrant workers, and connected them with unions. However, CIWA was funded through the AFL-CIO’s “associate membership” program and in 1994 national leaders of the AFL-CIO decided to stop funding the program. In this memo, Sickler and CIWA leader Jose De Paz appeal to southern California union leaders to help fund CIWA. Although they were unsuccessful and CIWA folded, by 1994 many unions were actively organizing new immigrants. View the document.